Prestigious rental in Dordogne, France
with 10 bedrooms and an infinity swimming pool.
With family, friends, for a wedding or an exceptional event, the Saracens house is the guarantee of an exceptional stay in the famous region of Sarlat. 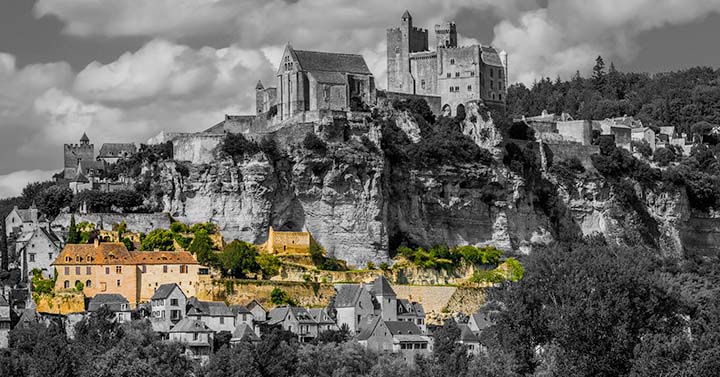 The Saracens house takes its name from the land on which it was built, at the foot of the cliff of the Château de Beynac, whose oldest tower, now demolished, was called the Saracen tower. There is a large medieval cistern on the site, from which water was drawn from the top of the cliff, thirty-five meters above.

The house was built in 1607, under Henri IV, in the period of prosperity which followed the end of the wars of religion. It was enlarged in the middle of the 18th century, under Louis XV, when the terraced gardens were created. It underwent a meticulous restoration in the early 2000s, led by the owner of the castles of Castelnaud and Marqueyssac, nearby. Seen from afar, the house with ocher plaster, thirty meters long, seems to extend the cliff of Beynac. Its 80 centimeter thick stone walls keep it cool in summer and warm in winter.